Harley is a sweet, active and loyal pup. She is happiest while enjoying outdoor activities like walks or fetch or cuddling up on the couch. She is very intelligent and loves to play mentally stimulating games, like searching for hidden treats. She is well trained and knows about a dozen commands.

We need to rehome Harley after a couple of incidents with our three-year old daughter. One incident was recent and the other two years prior, both under the same circumstances. With Harley sleeping, our daughter sat on Harley’s back leg, and reacting to the pain, she bit quickly, causing minor injury. Even though we know the very specific scenario to avoid, we don’t think we can be vigilant enough to keep Harley out of a situation where she reacts like that again, especially now that we also have a 6 month old with a propensity to grab tightly with small fists, and who is just beginning to crawl. Those incidents are truly exceptions, and day to day in the house Harley is very gentle and careful around the kids. She allows the three year old to hug and pet, lay on her, crowd her bowl during meals (we always try to avoid, but amazingly Harley is super-tolerant of even little ones grabbing her food while she’s eating). The biggest risk we have to watch out for is the three-year old getting whacked in the chest by a happy tail when we’re being greeted coming home.

Adding a complication to the rehoming process, Harley very recently injured herself while playing fetch and now needs surgery on her right hind knee. The surgery has a good long term prognosis and she will be able to go on long walks and hikes in the future, but she will not be able to run hard and play fetch the way she used to. The recovery is 6-12 weeks long, during which her activity will be limited to short walks and bathroom breaks. We are more than willing to pay for her surgery, as well as post-op care, but are hoping we can find someone who is willing to either take her after the surgery, or take her after she recovers with us at home. Ideally, we would find a candidate that would take her for the few weeks leading up to her surgery, so that there is optimal time to bond and get to know one another before she is taken in.

Harley loves people, and gets very excited for visitors. This manifests in loud barking and anxiousness when people come to the door, but as soon as they are inside, she wags her whole body on introductions. She will sit in place on command, but she is wound tightly in anxiousness, waiting for her release word to come barreling over and say hello. It is best to let her be in her spot until she has calmed all the way down, which can take 5-10 minutes or so.

Harley is also reactive to other dogs. Sometimes she can go on a long walk and see and pass multiple dogs without incident, but especially when another dog is lunging or vocal, Harley will react in kind, and pull and whine. In her younger days she’s been in fights at the dog park, off-leash areas, and day care, so we have avoided those places with her for the past two years. She has never seriously injured another dog, and we hold out hope that with the right training, she may be reintroduced to socializing with other dogs, but for the time being we suggest that she is in a single-dog household, and avoids those meetings.

Harley has had extensive training over the past 5 years including obedience training, a two week boarding program where she received one on one and group training, as well as in home training sessions and leash training. She is house trained, crate trained and knows a variety of commands including ‘come’, ‘sit’, ‘leave it’, ‘stay’, ‘go find it’ and ‘crate’ (in addition to basic commands). Although we have tried our hardest to implement all of the training we have received over the years, we think that she would greatly benefit from additional training, specifically regarding behavior with other dogs and calming techniques for high anxiety situations.

Rehoming Harley is a heartbreaking and difficult decision for our family to make and we want to ensure that she finds the best home possible. Our ideal candidate would have no young children or other pets and be someone looking for a constant companion at home and on adventures. We would love for her to be in a home that would provide her with a private outdoor area for her to run around and get her energy out. Someone who is invested in continuing Harley’s training and is willing to work on her behavioral issues would be ideal. We can provide just about everything you will need for Harley including a crate with pad, doggie bowls, a harness and leash, grooming supplies and toys. We look forward to hearing from you and finding the perfect new home for our beloved girl. 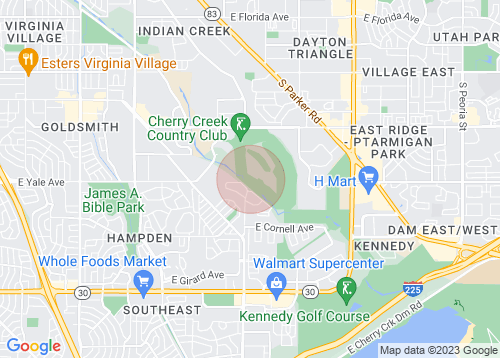